That oak which sits in your front yard. Or at the top of the street. Or in the city plaza. Began as a seedling. Through many miracles it found water and light and grew to the sky. And while we admire the giant it has become, the seedling never went away. 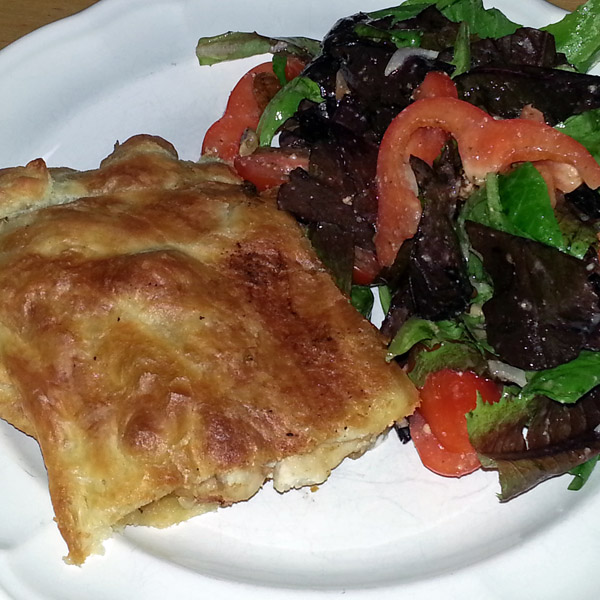 Chicken Surprise and side salad

Instead, that young green shoot expanded out as much as it shot up. Elementary school explains this truth to the open minds of children. The cross cut of an old tree reveals evolutionary time.

See this ring? That’s the mighty drought of 1935. This ring was formed during the year of the Gettysburg Address.

What is true for the plant kingdom is also true for the animal population. Including us. Our biology grows from the inside out.

Then why would it not be true for our emotional selves? Shrek teaches Donkey that ogres are like onions. We adore Shrek because of this complexity.  His bark shows selfishness. His sap shows selflessness.

In business, we speak of *core* values. We embark on a *core* mission. We protect the *core* product and services from the competition.

It is the center of our being. The lifeblood. That which defines us.

Scientists steal *core* samples from rocks to study what happened before. What’s beneath the surface.

Homemaking is much different now than it was a generation ago. A contemporary mom summons the world up on her smartphone.  She orders takeout while sitting at a stoplight. She cruises the produce isle for pre-made gourmet salads. Exotic spring mix with nuts and cranberries nestled in their own pouches.

Moms of the mid 20th century kept recipe boxes.  They watched Julia Child on television bring the poetry of French Cuisine into our homes. She cut out recipes from the back of boxes and traded cooking secrets with neighbors. 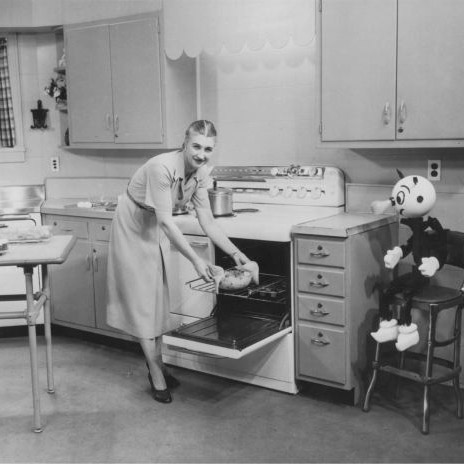 Florence Hanford on the set of Television Kitchen. Photo courtesy of Broadcast Pioneers of Philadelphia Archives and available from There’s a Dad in the Kitchen

In 1967, Mom watched Florence Hanford make a dish that would change our world.

A woman from Pennsylvania submits a recipe to Pillsbury for a creative use of their puff pastry. She invented the Chicken Surprise. Flaky pastry dough wraps tender chicken pieces, cream cheese and a touch of rosemary. It’s so deceptively simple, yet so tasty.

Over the years, this dish would become a regular edition at the family table. It is an indelible part of our history. Cut a core sample out of our emotional tree and you’d see it. Right there. Ring after ring from the time we could hold a fork until the time school and jobs took us away. 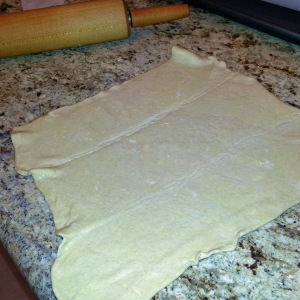 Cut three chicken breasts into pieces then cook in skillet. Olive oil and butter will keep it from sticking to the bottom and add a little richness to otherwise pasty white meat.

Roll out puff pastry from the package. There are two ways to go from here. Either cut the dough into 6 pieces for individual Chicken Surprise packages or press the easy button and make a sheet pan version. 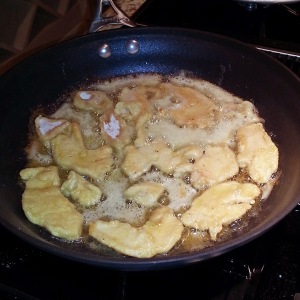 Once cooled, place the chicken on the bottom layer of the dough.  Add dolops of cream cheese. Your eye will tell you when you have enough. Finely chop fresh rosemary.

Dried rosemary in this dish will be as annoying as sand in your bathing suit. There is not enough liquid to soften that herbal grit.

Season further with salt and pepper. 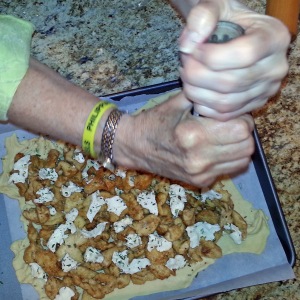 Next layer a second piece of puff pastry on top. Or if you are making the packages, fold over and press closed. No need for egg wash to seal the edges. 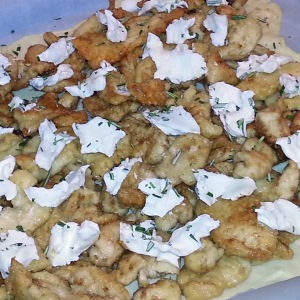 What’s inside the Chicken Surprise

Into a 450 degree oven it goes. Take the temperature down to 425 immediately. After 10-15 minutes of roasting, the exterior will be brown and the dish ready to remove.  Let it sit a moment to cool.

Slice and serve if yours was the sheet pan version.

A cool salad with baby romaine leaves and tomatoes balances the plate. Crisp flavors from the garden with tang of a vinaigrette next to rich doughy goodness.

No need for an additional starch.  The pastry serves that role. 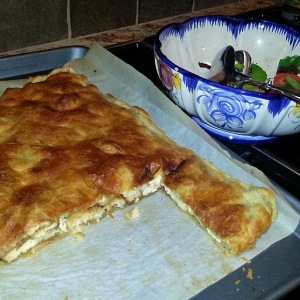 Dinner’s on! A tray of Chicken Surprise with side salad

In the mouth the chicken and rosemary meet up with a gooey chew and the gentle resistance of flaky pastry. Like how a boot crunches past Autumn leaves to the moist soil hidden underneath.

Today, we honor food from the past. We feed our center with memories. We become young saplings again. Even it only lasts the time to enjoy dinner. 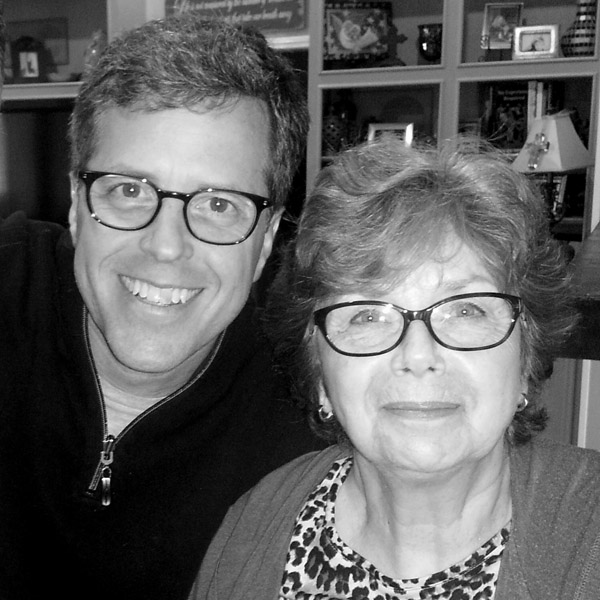 What is your one dish that whisks you from storms of today to the sunshine of youth. To be with the people that brought you into this world and gave you the foundation to reach the sky?

Reach into that recipe box and call up that memory. Of if she’s still capable, tell mom that you are coming over. And you want to taste her love one more time.