Our demeanor changes in the cold. When the temperature drops, we curse the breeze by calling it “gust.” We speak ill of “windchill.” Eyes narrow and brows furrow when feet step into icy air.

And our palates change too. Stomachs echo the howls of the Winter. We hunger for rich flavors born from marathon cooking times. Spoons are promoted from the dessert position to their place next to the knife. We slurp up every last bit. No calorie left behind.

Pete at the Weiber Himml (the “Witches Kitchen”), an outdoor eatery on the slopes of Austria

Not far from the Swiss border, expats from the Munich International School bring their younglings to stand upright on skis. In between runs, there are snacks of Kaiserschmarrn: egg-drenched pancakes studded with sweet raisins. Or fill the tank with Schnitzel, a thin pork cutlet that has been breaded and fried then lightened with squeezed lemon.

Weiberhimml names the oasis not far from lower ski lift. It’s a place visited by rosy cheeks and weary knees. By hungry skiers who are not yet ready to leave the mountain.

One overcast day, we settled into this Austrian food stand and had a great laugh. To those of feeble translation skills for Deutsche, this restaurant became known as the Witch’s Kitchen.

Images of cooks cackling over cauldrons deepened our appreciation. Were we to fight the Winter elements, we needed to feed on supernatural foods. That which did not kill us would make us stronger. 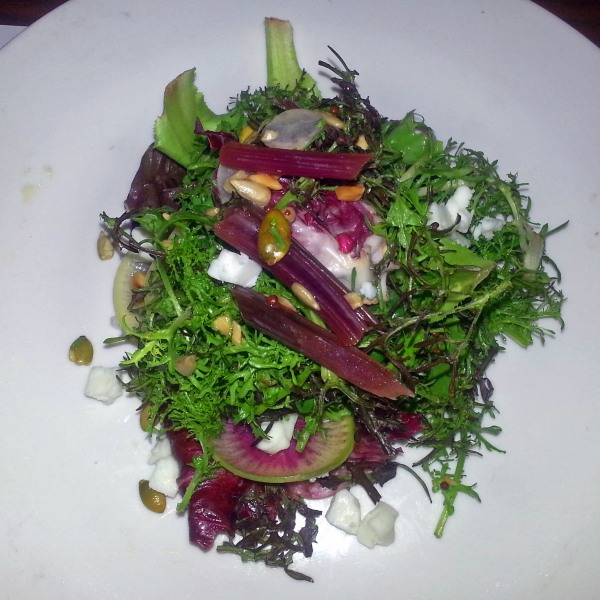 That sentiment translates. In the States, our taste for vegetables change with the season. If we don’t braise or roast them, we seek out those raw greens which bite back.

Arugula with it’s sassy, peppery attitude.  Brussel sprouts, slightly sulfured, crunch under the weight of gnashing teeth. Fibrous vegetable stalks refuse to break down much less back down. Even thinly-sliced radishes snap and snipe.

These belong in the rose garden of the Winter chef. The warlock of cold palate cooking.

Stephen from Bufalina knows how to compose an aria with bitter. He tosses mixed greens with beet stalks, radishes, radicchio, and pumpkin seeds.  A touch of salty cheese brines the plate. 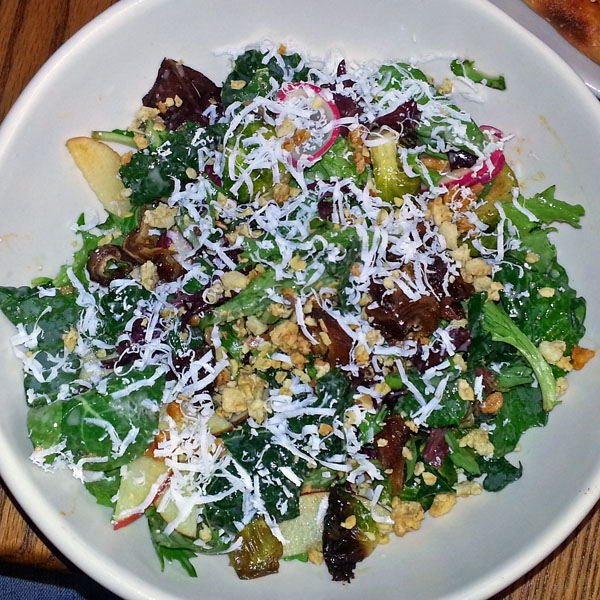 Regardless of direction, the intent remains the same. A mash up seasonal plants and crunchy nuts. Bitter plates to harden our interior in preparation for the nasty exterior.

Wouldn’t this be the first course on the menu of a Witch’s Kitchen?

Think about it. The name “witch’s kitchen” alone tells us what to expect. Study with Margaret Mangus and you will appreciate sound symbolism. You will witness the power of the phonemes. Their archetypes speak to us. It is worth knowing how to wield the “wha” sound.

Whether you wilt spinach, wise up to watercress, or whisk egg whites, you are channeling the energy of the /w/. 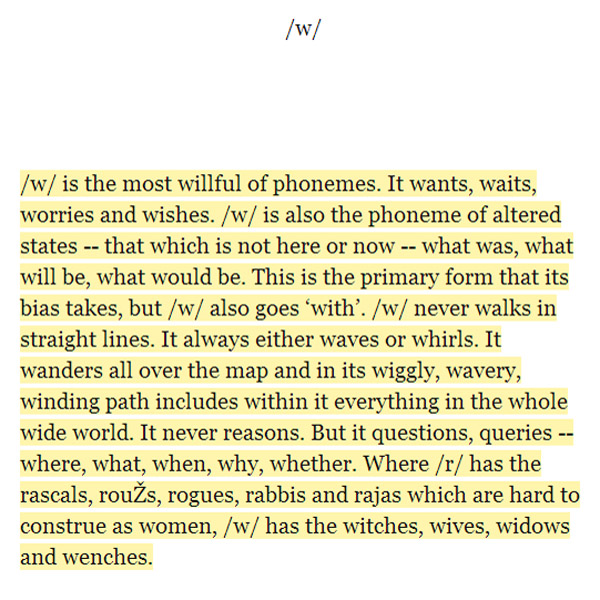 from Gods of the Word, Archetypes in the Consonants, Margaret Mangus

Take it seriously. Deliver willful, questioning and altered states from your own witches kitchen. Be the warlock and toss a bowl of bitter. Brighten it with seasonal fruit. Crunch it up with hazlenuts. Let the vinegar stir arguments among ingredients. And at the same time, unify the discourse.

Let there be whip of Winter at the end of your salad fork.