Fred and Ginger. Bing and Rosemary. Gene and Debbie. Long before Dancing with the Stars, there were actual dancing stars. People of such grace and fluid motion they stole our attention. With unblinking eyes we watched them twirl, swoon and defy gravity. Man and woman at times in perfect sync and at times in stark contrast. Tied in a gravitational force that has them tumbling through symbiotic space. Existing as individuals and as a pair at the same time. 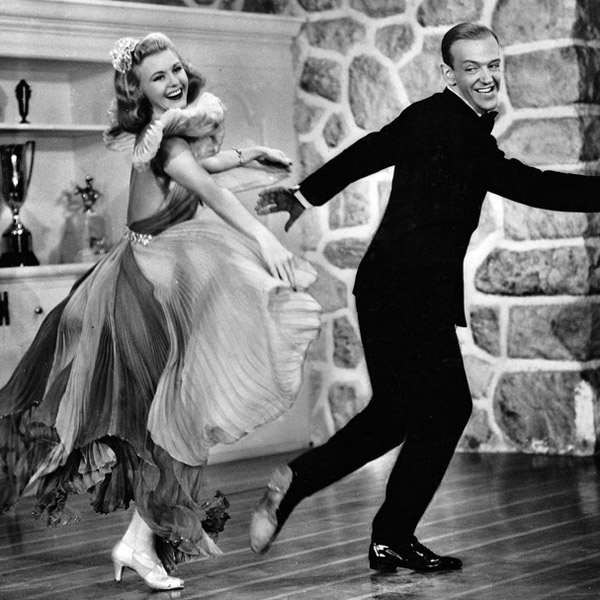 It is this time, the march from Thanksgiving to Christmas, when the classics find new life on television. White Christmas. Wizard of Oz. A Charlie Brown Thanksgiving.

Even when we know the outcome, we still put our tongue on the light pole.

What is there to learn from the classics? How might a musical recorded before color film teach us about cooking? About expression? How might the saccharin simplicity of movies back then inform our understanding of today?

Duality: a single entity with two parts. The yin and the yang.

Study the symbol. Two swirls which form a complete circle. One white, the other black. Each a mirror image of the other in shape and color. Yet they contain a piece of the other.

Realistically, cranberries should not be on most Thanksgiving tables. It’s an ultra-tart fruit grown in a New England bog. You pretty much have to be raised by Puritans to hunger for this side dish.  Like some culinary church pew that forces an upright posture during a long sermon. 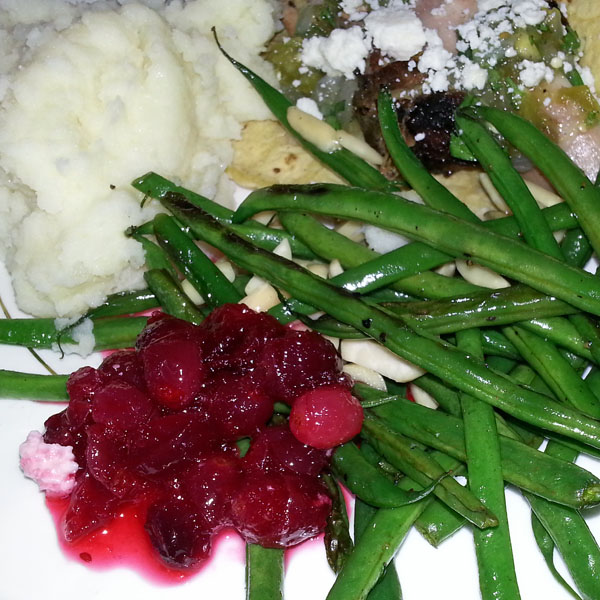 Yet it graces the plates of most Americans at least once a year. Shockingly crimson. A soprano’s high C note right in the middle of a Gregorian chant. Lay this side next to the green beans and just watch the color explode.

We dab our turkey meat into this pungent side. The dance in our mouth is Fred and Ginger. A twirl and a swoon.

Study those movie classics. Pay attention to scenery and costumes.  Notice how the fronds on Ginger’s dress contrast with the angles of Fred’s tuxedo. She often wears white. He in black.

As they spin around the room, watch the precision of simultaneous movement. The tip of the toe. The curve of the back. Two animated metronomes that glide around a hockey ring.

Then a break occurs. She spins closer and he clutches her hand. Down into the dip. Or up into a flying kick. Accordion in and accordion out.

This is dance. Two things not yet unlike each other in constant motion.

Music An imitative polyphonic composition in which a theme or themes are stated successively in all of the voices of the contrapuntal structure.

From The Free Dictionary

Two opinions of equal merit brought into sharp relief by their position next to each other. Our appreciation deepens. And in the hands of Saturday Night Live we laugh out loud.

Smoked turkey seeks its counterpoint. Give it zest. Give it vibrancy. Citrus and heat. This year we shouted back. Tomatillo salsa brightened with jalapenos, lime and cilantro. 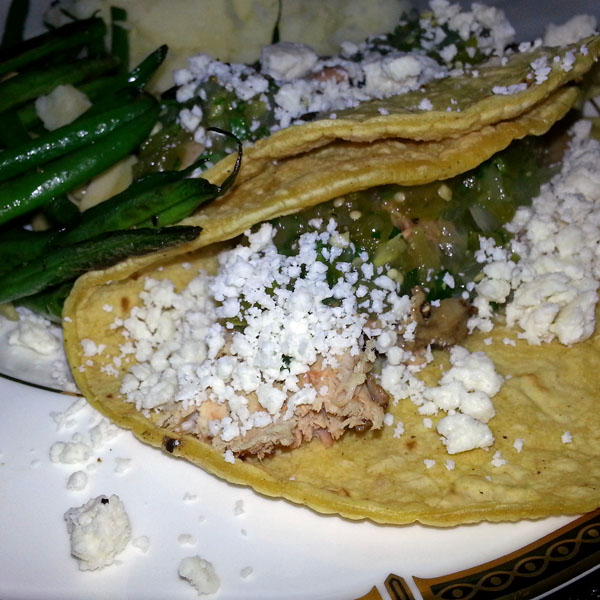 Our sweet friend, Kristina, photobombing the food photography. For this we give thanks

We face this invitation nearly every day. Who will be the Astaire to our Rodgers? What moves must we make?

While you ponder this culinary puzzle, have a look at the Cheek to Cheek scene from Top Hat. See the fugue. Lose yourself in the breeze of the choreography.  Appreciate how these dance wizards dismount from their pummel horse. Watch them land as if nothing ever happened. Skip to 2:00 if you are short on time.

Watch this miracle, then go cook something just like it. I double dare you.