In 2005, Tim Westergren introduced the online world to the music genome project. Little known then, this ad-subsidized radio station would play music in tune with your mood and taste.

Simply key in a single song or single artist into to field and the next thing you might say is “Wow. I did not know I liked Boy George. Or Celine Dion. Who knew?” 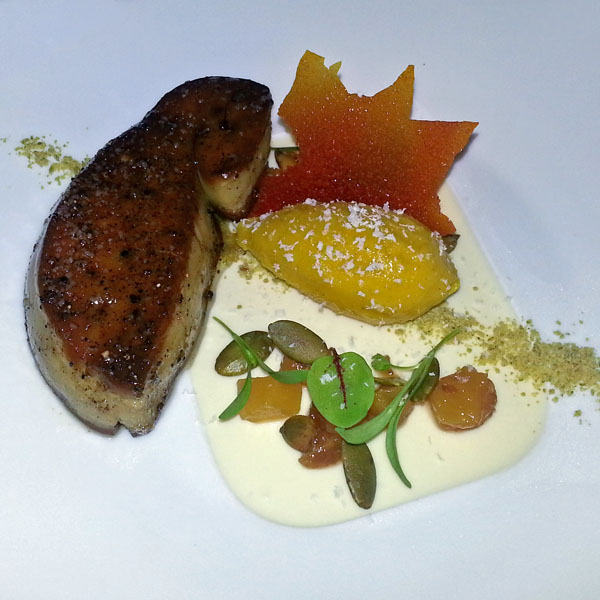 The emotional power behind this work lies in careful analytics. Hundreds of thousands of songs are decomposed into 250 genomic elements. Add a dash of algorithms and some self learning as you “thumbs up” or “thumbs down.” Next thing you have is an endless supply of candy for your ear-holes. All driven as if by magic.

Rima grew up in Texas and New Orleans before settling into a lifestyle in Southern Florida. She has had access to explosive flavors and has developed a knack for experimentation.

When people talk about Rima, they do not dwell on her good looks, professional charm, technical acumen as an engineer. They cannot because her determination is much more attractive.

Rima knows what she wants. It is an un-arrogant certainty about achievement. Check back in two years and she will be on that sailboat in the middle of the Pacific.

So it should not surprise when she instructs the waiter at Second, a bar and kitchen in Austin, to bring her a custom dessert. A dish NOT on the menu.

Rima lives in tune with her preferences. She’s not made up of sugar and spice as the nursery rhyme goes. Just the opposite. Sweet is pale and uninteresting. A waste of calories. Bring on the savory.

The chef takes up the challenge. Bring me a dessert made from…foie gras.

Seriously, that ultra-rich, delicacy found only in the higher stratosphere of gastronomes. It’s an umami superfood.  An ingredient so savory that it makes steak even more steak-like.

The waiter returns with Kandinsky on a plate. A multi-layered mashup of shape, line, color and texture.

On the left sits a seared and seasoned foie gras. Pooled at the bottom murks a truffle cream so thick it shames greek yogurt into hitting the gym a little harder. A spoon of butternut gelato, a dusting a pistachio, confetti made from pumpkin seeds and cubed dried fruit, all complete the composition.

Spoon after spoon, Rima savors. The world shuts down for a moment. Ambient noise fades. Her pulse softens. Lips curl up just a little. Yep. This is Rima’s culinary station on Pandora.

When a spoon passes in my direction, I refuse. I gave up on foie gras at some point during a trip to France seven years ago. That dense, fatty flavor puts yours truly into taste shock. My inside rebels.

Still I honor Rima’s gift. A small taste. And nothing. The fireworks are soggy and won’t light. No culinary transformation. Oh the mastery of the chef is not lost on me. Perfectly cooked: a balance of flavors and textures.

This is just not my kind of music.

The original story of Pandora is quite more somber than that gorgeous, music service of the same name.

Zues gave his daughter a small box with a big lock to temp her husband Epimetheus and his free-thinking brother, Prometheus.

Remember, Prometheus stole fire from the gods. Ever immortalized at 30 Rockefeller Plaza.

Instead of tripping the curiosity of the two men, sweet Pandora opened the box herself.  It released envy, hate, crime and disease into the world of humans. Nice going Pandora!

And one more thing. A small bug called Hope fluttered out.

Catch that lightning bug and hold it dear. Ask the kitchen to make dessert out of your own favorite.

Ask any Carrabba’s restaurant to take their Chicken Marsala and make it a pizza. No red sauce. Just the chicken, spinach, marsala sauce and a generous helping of mozzarella.

Tell us about YOUR special instructions to the kitchen in the comment field.