Some time ago, chefs decided to venture into cocktails. Maybe it was because they became so intent about the dinner experience, they took over the bar. Maybe because it was a natural part of owning restaurants. Of having greater say in every detail. Or maybe there was a culinary narrative not yet explored. 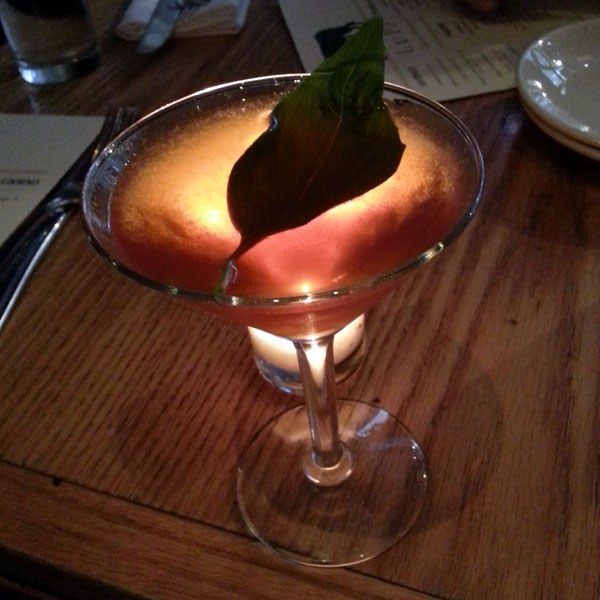 Americans were stuck in a cocktail rut in the late 20th century. Like some broken record. A hairline scratch causes a five second loop.  We sprint across the floor in bell bottom pants to lift the needle on the player. Annoying and listless as it was, we couldn’t foresee that to chart the future, we needed to own the past.

Then a craftsmanship movement evolved. This meant a return to classics. In the culinary world, we dreamed about grandma’s dishes calling them “comfort food.” Bartenders dusted off recipe books and delivered Side Cars, French 75’s and Old Fashioned’s.

Now young people reinvent looks from the 19th century with bow ties and mustaches. Mustaches so thick, you think a cat fell asleep under their nose. 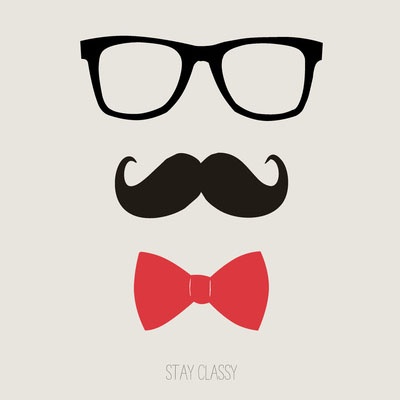 Meanwhile chefs like Mario Batali experiment with medicinal tasting aperitifs from the Italian peninsula.  The results spin the room.  And not from high alcohol content.  Rather, it is the mash up of bitter, herbaceous tones with the glide of sweet and the thunder clap of sour.

The cocktail called Basilico from the NYC restaurant Lupa provides the perfect example. Gin meets the bitter orange of Aperol, the artichoke tonic of Cynar, and a tang of lemon. The minty sweet of basil lifts the flavor profile to austere heights. 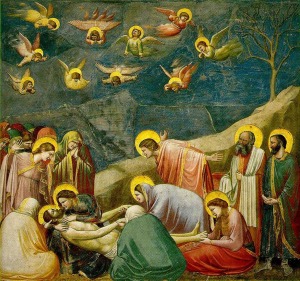 It hangs above our heads like Giotto’s murals in Padua. Our chins lift heavenward to gaze at pigments smashed into plaster. Images that capture the duality of grace and bravery from the life of Christ. 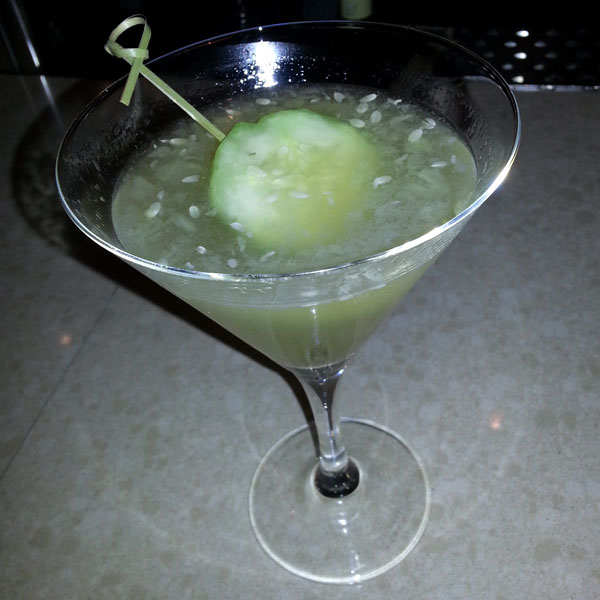 Bar staff at Sweet Basil will muddle cucumber, coriander syrup and top it with ice-chilled, rose-bound gin. Hendricks, of course. Served up in a martini glass, this pale green elixir sport cucumber seeds floating on the surface. A little added mouth feel as the seeds swim around the palate before racing to the belly.

Once again herbaceous and slightly sweet. 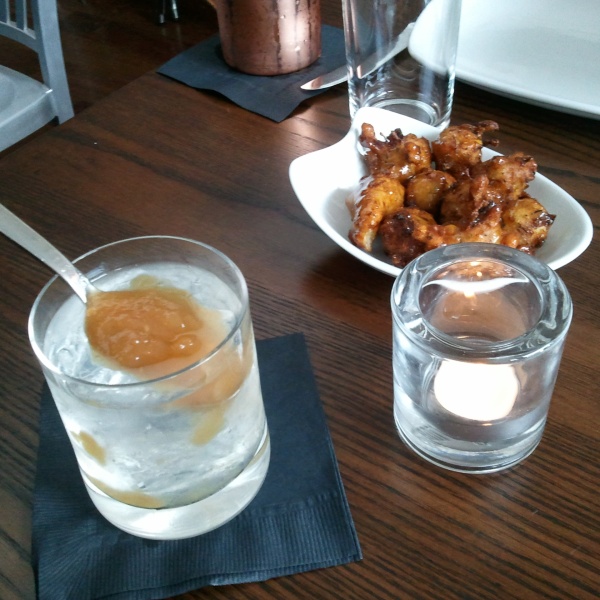 Gin and Jam from Second

Take the mind twisting cocktail at the bar + kitchen in Austin known as Second. Gin and jam arrests the eye with it’s half-made presentation. A low ball glass filled with ice and quality gin languishes on the bar until the bartender lays a scoop of house-made jam. In the picture, we have a pear chipolte rendition. This might change daily.  It is the whim of artists in the kitchen.

Still this is the dance between between soil and air.  Between knotty flavors of leaves and the tender sweet of fruit.

And yes, gin unifies every one of these examples.  It is a spirit born with herbal notes.  The ideal baseline on which to hang any melody.

So try this magical combination of where the mundane meets the sublime.  Experiment with your own gin and jam.  The recipe is as simple as it gets. Glass of ice. Pour gin. Scoop store-bought artinsal jam.

Or take that chance at the restaurant.  Look for the gin based cocktail even though bitter was never your thing.  See if you can find the devil’s smile in the cloud.  That’s where Giotto hid it.  That’s where Mario hid it.

Do that and let us know in the comment field. Bonus points for mustaches or bow ties.